Castle and Pryor Go To The Ends Of The Earth To Get The Job Done - Literally! 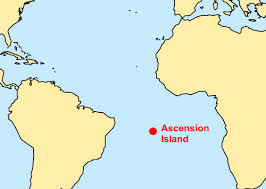 Castle and Pryor were called upon for their expertise in executing an unusual diamond drilling and cutting project in the remoteness of Ascension Island. The Ministry of Defence have commissioned the build of a new fully bunded aviation tank to be constructed at Catherine Point Petroleum Supply Depot (PSD).

The volcanic Ascension Island is situated in the South Atlantic Ocean slightly south of the equator, made up of 3 islands that form part of a British overseas territory together with St Helena and Tristan da Cunha. Saint Helena Island is well known as the site of Napoleon's exile by the British government from 1815 to 1821. Of strategic importance through-out the 18th-21st century Ascension Island is now a US and UK jointly operated airfield.

Castle and Pryor are often called upon to design methodologies and subsequently execute projects through investigative site visits, however, in this case due to the remoteness of this project it was not possible to attend the site. Therefore, we had to plan and anticipate the exact nature of the project required from a substantial distance and we relied heavily on the scope of the works being relayed through our client Trant Civil Engineering. Through a collaborative and thorough process plans were drawn up that achieved the desired results for both Trant Engineering and the Ministry of Defence.

The main challenge of the works was that part of a bund wall surrounding the existing fuel tanks required removing to provide a new surround for a recently built fuel tank, this would then allow a newly built bund wall to encapsulate both tanks. The original bund wall had been constructed to meet environmental regulations for the specific protection a neighbouring beach that is home to green nesting turtles.

After applying a rigorous and thorough planning approach to this project, where we clearly understood the challenges associated with remoteness of this island, we were prepared for any and all eventualities. To overcome any potential machinery shortages we sent out by ship, some 4 weeks earlier, a multitude of equipment pieces of which tallied to over 87 items and provided on-call resources in the form of labour, engineers and additional equipment. 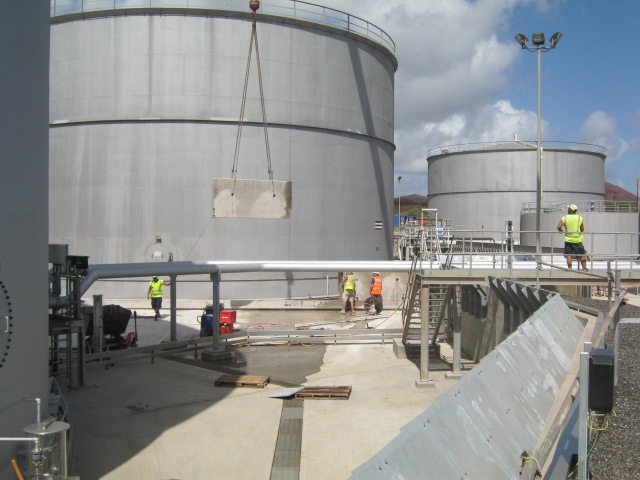 Cutting through the 1.45m high bund wall required the use of track sawing equipment to cut 54.9lm of 300mm thick reinforced concrete. This was completed by 2 highly trained operatives by initially drilling holes with Husqvarna equipment to remove each 3m section, horizontally cutting the base of the bund wall with a track saw and then wall cutting to sub-section out the pie2ces every 3m. This allowed the client to remove and dispose of the reinforced concrete most effectively and all of which we delivered to a high level of environmental standard.

All materials were disposed of and all equipment was maintained under environmental regulations of local requirements.

Project was on budget.

Planned to take 2 weeks including operatives travel time and completed works. Completed on time and within the expected scope of works. Considering the challenge of distance and lack of visibility of site; a successful completion within timeframe.