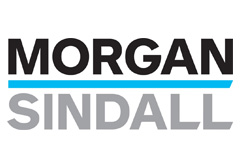 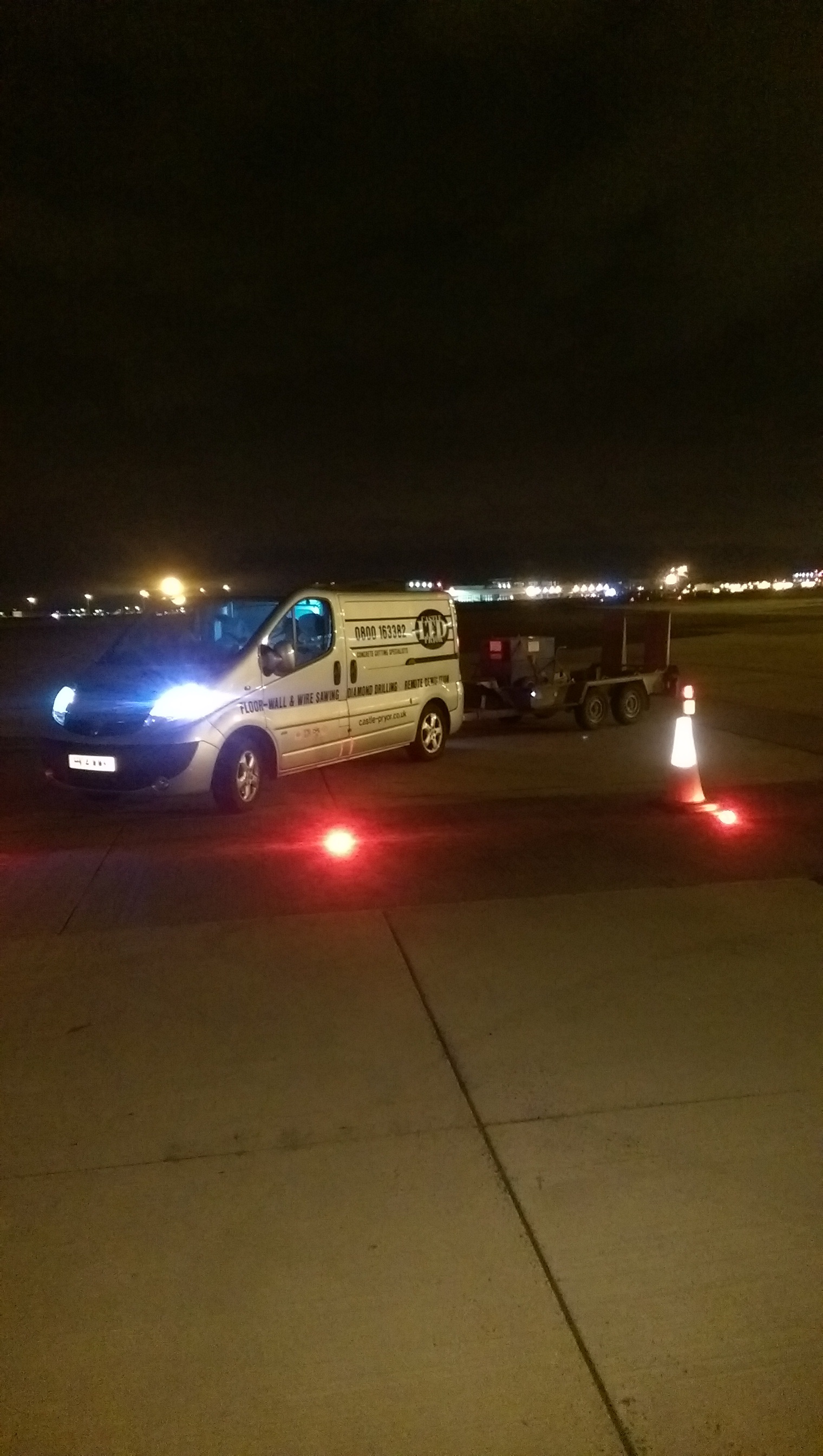 With over 70 million passengers in 2014, flying to 185 destinations in 84 countries served by 80 airlines, London's Heathrow airport is the third busiest airport by passenger numbers in the world. With over 350 thousand flight movements per year, London's aviation sector is an integral provider to the transport industry and a major financial contributor the UK economy of over 5% GDP. Castle and Pryor are constantly working at London's Heathrow airport as we are repeatedly required by the major contractors to execute diamond drilling, concrete cutting and robotically controlled demolition projects throughout the airport site.

As the recognised leader in diamond drilling, concrete cutting and Brokk demolition in the airport environment, Castle and Pryor were approached by our regular client, Morgan Sindall to deliver the installation of the new airport ground lighting on the taxiway at Terminal 4. As an additional part of the Castle and Pryor business we provide certified operatives to install airfield ground lighting in both military and commercial runways. This is a highly specialised service and has become sought after as halogen lighting is replaced with the advanced technological and environmentally preferred LED (Light Emitting Diodes) light alternatives.

The alterations were necessary as the concrete taxiway required replacing and 8 halogen stop bar lights required upgrading. The stop bar lights act as traffic lights to control the movement of aircraft into and off the taxiway and gates. The existing airfield ground lights were replaced by high energy saving LED lights. The use of LED lighting at airports is becoming more prevalent as environmental standards are being raised to reduce the carbon footprint within the aviation sector and reduce costs for the airport infrastructure.

The original concrete was removed and re-laid and within the new surface the airport ground lighting's were re-seated. The original stop bar lights were removed and the existing 8 holes were newly cut using a uniquely designed double drill core. Additionally chases were formed to allow the electrical cabling to power the airfield ground lighting.

A lip had to be provided for the lights to sit on within each recess, therefore a specifically designed drill bit was manufactured to drill 1 hole with 2 differing diameters. This is a standard procedure as required by Heathrow Airport Limited (HAL) and therefore Castle and Pryor was called upon to manufacture the double drill bit to diamond drill the light aperture. The result is a uniquely designed diamond drill core that provides an upper hole that holds the light up on the lip, while the base of the light rests on the lower narrower aperture and where both holes are equally aligned.

Once each hole is diamond drilled using Castle & Pryor's specialist diamond drilling equipment, a seating ring jig and an especially designed sighting telescope are attached to a site device stand which is used to optically align each light. The lights have to be accurately facing in the correct direction to the exact millimetre for optimum performance. This is executed by specially trained and qualified Castle and Pryor aeronautical ground lighting operatives with many years experience in airfield lighting installation.

The seating ring jig is placed into the hole and the site device stand is situated on the top with the telescope attached. The airfield lighting operative adjusts and aligns the seating ring accordingly, to align the light into the correct position. This is an exacting and rigorous operation and requires a high level of discipline and stringent mentality as the measurements must be precise to the millimetre.

On completion the lights were tested and approved to the satisfaction of both Morgan Sindall Group PLC and HAL and subsequently put to immediate use.

Financial – Completed to the approved budget.